Written by
knulp81
Posted in
Materials, Techniques, and Guides
Comments
Leave a comment

What’s in a karat?

Back in the day, when Constantine was emperor, there was a solid gold Roman coin called the “solidus.” The weight of the solidus equaled 24 karats. A “karat” was at that time measured by the weighing of carob beans, which were thought to be of uniform weight and therefore helped to standardize the trade of gold and currency. (The word “karat” is derived from the Greek word “keration,” which in turn is derived from the Arabic “qirat,” meaning carob seed or pod.)

Whenever the solidus made its way back into the Roman treasury, it was melted down and reissued after having been weighed again against the carob beans. Because of this, the solidus maintained a standard weight, despite gold wearing away with use. Prior to the age of the Roman Empire, the carob beans themselves were used as a measure when purchasing gold. The beans were plentiful and readily available, so market-goers could carry their own beans as a unit of measurement and be assured that they were getting a square deal with their purchases.

Because gold is very soft in its pure form, alloys are used along with the gold to strengthen the metal – and sometimes to render the resultant metal different colors (e.g., white gold, rose gold, etc.). It is easiest to see the change in karats when looking at yellow gold. As the karat number increases, the metal becomes more deeply saturated with a rich yellow color due to the increase in pure gold.

In the photos that follow, you will see three strips of metal; from top to bottom: 14k, 18k, and 21k yellow gold.

And in the following photo, you will see two rings of the same style… on the left, in 14k gold; and on the right, in 18k.

The trade-off for the splendor of richer gold is price and durability. Because the higher karats of gold do not allow for as much alloy in the final piece, the metal will be softer and more subject to wear… but certainly no one will dispute its beauty. 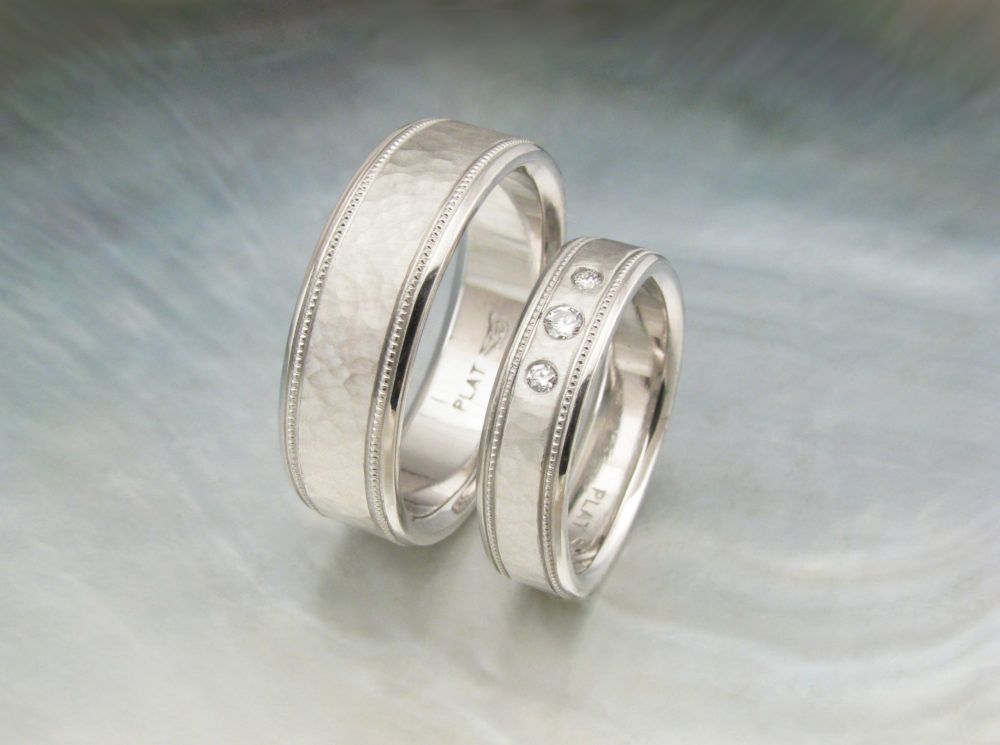 Beautiful bands, and outstanding customer service. We're from New Zealand. We made a silly mistake and ordered a wrong size for one of our wedding bands, and had to return it and get it made smaller (all over a week while we were already traveling in the US to our marriage destination in New York). What easily could have been a nightmare, turned into a positive human experience. Laura was just on to it and helpful and caring until everyone was totally happy. Simply stellar customer service.10/10